As a market closed to the general public, the SAPM opened it's doors to chefs/cooks/buyers of fresh... A rare opportunity was created for a behind the scenes tour of the busy wholesale maket – the distribution hub of fresh produce in the State.  Some 250,000kg of fresh fruit and veg is transhipped through the SA Produce Market each year — an operation rarely seen outside the 2,500 workers at the site each day.

Kicking off at 5:30am guests were greeted by South Australian Produce Market CEO Angelo Demasi and were treated to an official welcoming ceremony performed by Kaurna Elder John Lochowiak who also performed a smoking ceremony.

A showcase of produce was set up by growers in a marquee as the first meeting point for the guests where they sampled Spud Lite Potatoes and Sweet Broc and met the growers from Eastbrook Farms, The Native Co and Cafcakis Produce.

Special guest – Pick a local, Pick SA! ambassador and MasterChef Callum Hann joined the tour and mingled with guests as they then headed off on a tour of the wholesale operation of the markets.

The group met at Merchant Street where chef Sim market tour.on Bryant was cooking up breakfast with supplies from The Native Co before a tour of Foodbank SA’s onsite facility.

ABC Radio attended for a live broadcast to their breakfast show and Cassie Hough attended for interviews to feature on  ABC Radio Country Hour. 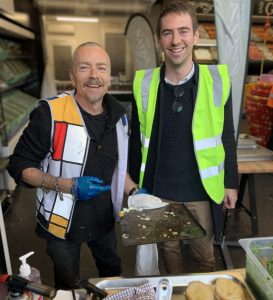 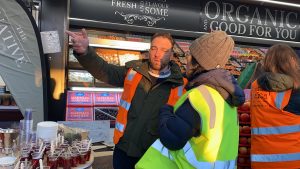