In the wake of a tough year of bushfires, COVID-19 and increased costs to eradicate fruit fly... 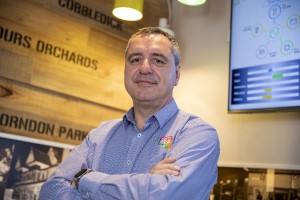 In the wake of a tough year of bushfires, COVID-19 and increased costs to eradicate fruit fly – the horticultural industry has taken yet another blow with the government calling to ban fruit in what is traditionally a peak sales period – back to school.

Angelo Demasi, Chair Horticulture Coalition of SA, said. “We support and commend the Government’s Commitment to zero tolerance and the ongoing efforts in eradicating Fruit fly in SA. However, we call for an immediate change to the messaging and retraction of the school communication with alternate messaging that allows the continued ability to pack a healthy SA grown snack in school lunch packs.

Following months of strict protocols, with increased costs to industry, in an effort to eradicate fruit fly, Industry is calling on the Government to encourage similar practices by the school communities that will enable fruit to continue to be allowed in school lunch boxes.

With no scientific evidence to prove that movement of fruit in lunch boxes attributes to fruit fly, industry has called for an urgent redirection of the messaging.

There are other areas of serious concern that should be addressed as a priority over the school lunch box messaging that potentially pose a higher risk pathway, such as fruit movement through unregulated supply channels such as Facebook Market place, pop up stalls etc, green waste disposal from restaurants and retail outlets.

“The messaging to eat home-grown fruit at home is one that industry support, as for commercially purchased fruit there are alternative measures that can be taken by schools that provides an alternative to cutting fruit out.” Angelo said.

Protocols that can be followed include ensuring all host fruit and fruiting vegetables is wrapped when taking to school or kept in enclosed lunch boxes. Uneaten produce, or items like apple cores, should be disposed of in an enclosed green bin.

A message encouraging parents to replace fresh fruit and vegetables with packets and processed foods is not only detrimental to industry but also to the health and wellbeing of school students across the State.

Consumers purchasing fruit from a retailer can be rest assured that fruit should be free of fruit fly. Industry, in conjunction with government, invests significantly in rigorous systems to ensure this is the case.

Having already caused a 30% reduction in sales this week, this campaign, even if it only runs for a short period, will significantly impact retail sales – in particular apples and pears. This just as the South Australian apple and pear season is about to commence. There is also a major risk with all other produce categories as consumers will think it’s all too hard and not put any fresh fruit and Vegetables in School or work Lunch boxes.

Industry has called for the Government to change the messaging immediately asking consumers within fruit fly areas to keep their store-bought fruit inside and make sure it is disposed of properly.