A winning bid of $50,000 has crowned Anthony Romeo 2021 Cherry King following this morning’s cherry auction held at the South Australian Produce Market.  The 5kg box of Adelaide Hills grown cherries came in at a premium of $10,000 per kg! To celebrate the 2021 South Australian cherry season, South Australia’s independent fruit and vegetable retailers went head to head in an auction bidding war this morning at the Pooraka wholesale markets to raise money for Camp Quality.

Angelo Demasi, SA Produce Market CEO, said “It was an honour to crown Anthony Romeo the 2021 Cherry King/Queen. The Market Community have made significant donations to charities supporting children with Cancer and we are delighted to have partnered this year with Camp Quality who will receive a donation of 100% of the proceeds raised from the auction.”

Camp Quality Partnerships Manager, Simon Renshaw, says the generous donation will make a real difference to the lives of kids impacted by cancer.

“We are so thankful to SA Produce Market for supporting Camp Quality and giving kids facing cancer the chance to be kids again. Camp Quality supports hundreds of SA families facing the trauma of a cancer diagnosis and this donation will fund vital services and programs for them at every stage of the cancer experience.”

Premier Steven Marshall MP, who attended the event to officially open the South Australian grown cherry season and to crown the winning bidder, said South Australia’s cherries were some of the best in the country.

“Our State is without doubt our country’s fresh produce state and I encourage everyone to continue to support local producers as much as possible during this festive season!”

“It’s even sweeter to be here today to raise money for such an important cause, Camp Qulaity – so thank you to everyone involved in what is always a key event to kick of the Christmas season here in SA.”

The SA cherry season commenced the beginning of November when small volumes started to appear at the South Australian Produce Market from the Riverland with supplies from the Adelaide Hills now coming available.

“The recent cooler weather, coupled with the rain, has delayed the start of the Adelaide Hills varieties which will mean supplies should be plentiful from next week right through until the New Year. “Ms Reidy said.

“Look for your local fruit and veg store displaying the Pick a Local Pick SA! sign to know that you are providing support to South Australian growers, wholesalers and retailers.” 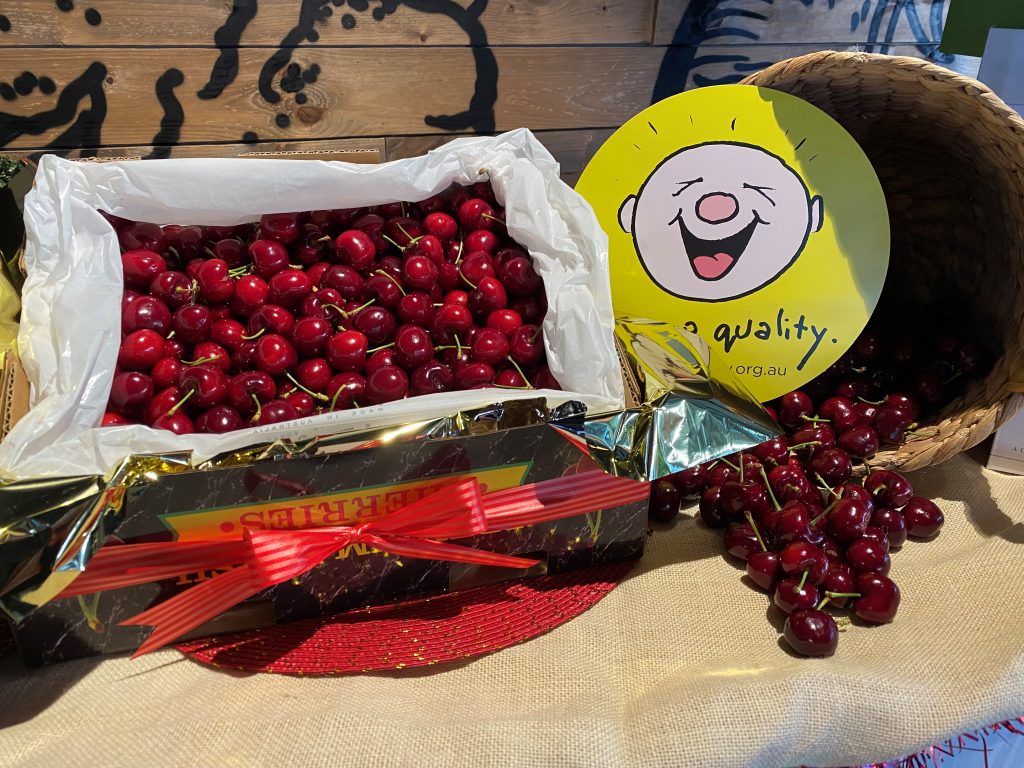